"For me a good thriller must teach me something about the real would" ~ Den Brown
The Family Man has done that for me.... 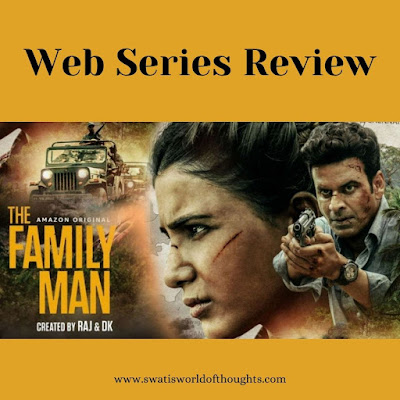 Name of the series : The Family Man Season 2

The family Man is back after a gap of two years to re-explore the challenges of saving the nation. This season will see a new enemy and restore an old opponent.

Manoj Bajpayee ( Srikanth ) works for an intelligence force  (TASC) but due to certain circumstances showed in Season  two ,you will witness that he has taken an IT job that has nothing to do with the intelligence force, but he slowly finds a way back to his old roots. Srikant's family life is in trouble as he is trying to patch things up with his wife played by Priyamani. As the name suggests, "The Family Man" always focused on Srikanth's personal and professional life as the show’s premise depends on the fact that people with dangerous jobs can have an equally demanding home life. How he manages to balance both home and work life and faces tough challenges with grit is for you to see.

Story is inspired by Prime Minister Rajiv Gandhi's horrendous assassination by LTTE militant. The script gives you the glimpse of real life events and all the twist and turns makes it really thrilling and keep the viewers at the edge of their seat.

A government in exile is persuading European government for recognition,  The problem begins when a sleeper cell of Tamil rebels is activated and join hands with the Pakistani ISI to mastermind an attack on the Indians. These rebels also orchestrate an attack on  Prime Minister Basu (Seema Biswas). Tamil rebel leaders who were in exile plotted the details of theses attacks sitting in France and London, with support from old rebels loyalists in India and Sri Lanka. TASC is assigned the task of rounding up these rebels. Samantha (Raji) who takes the lead as she was the only one equipped with desired skill sets. While Srikant and his team tries to chase rebels to stop their plan which is a big threat to India's national security, back at home Shrikant's family landed up in serious crisis which was the result of his profession. Both the crisis situation have been intelligently connected with fine precision. Every thing looked realistic and nothing seemed to be out of the box. The story touches upon the fact that rebels have local sympathizers, which makes the job becomes tougher for investigation officers. I don't want to be a spoiler by disclosing too many things, as there are lot of sub plots are going on with the main story.

The directors have managed to create a gripping sequel which is not just fast paced but humorous too. For keeping the viewers hooked to screen, the credit goes to Manoj Bajpayee (Srikant), who has aced  his acting skills to next level. You just cannot takes your eyes off when you see Srikant and JK bromancing. Samantha as Raji has done justice to her role , by looking her part perfectly well. Priya Mani on other hand has a limited screen time but in spite of that she stood out in her performance , as does Seema Biswas. In between you might get frustrated , when you see these highly trained people in intelligence looked helpless due to many reasons be it political or social.

While there are many brilliant scenes which are well coordinated and choreographed but what stood out for me was the climax, which was nail biting high octane scene.

The fictional series presents a balanced account and ensures that it doesn't sympathize with the insurgents while conveying their ordeals. The Family Man season 2 has all the reasons that make it worthy of a binge watch. If you haven't watch the season 1 , then I suggest you should to feel connected. 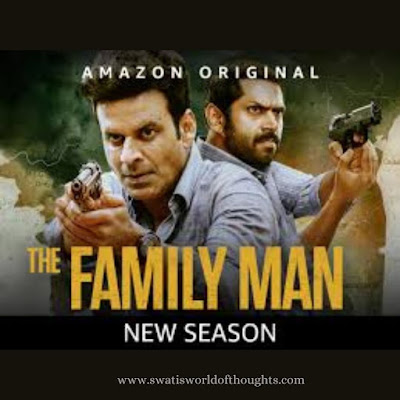