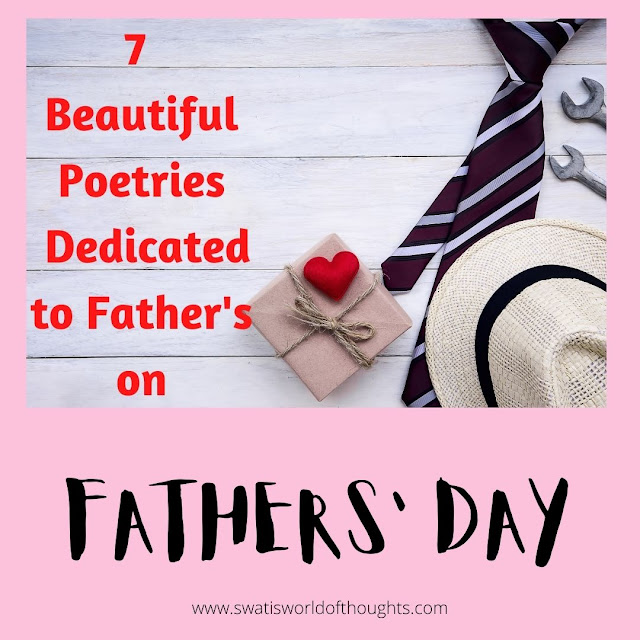 Father holds a very special place in children's life. Fathers, like mothers are pillars in the development of their child's growth. They provide a sense of security, both physical and emotional. Children always look for an opportunity to make their father proud. A father who is affectionate and supportive greatly affects a child's cognitive and social development skills and instills an overall sense of well-being and self confidence. A father is someone who shows her daughter what a good relationship with a man is like. Unlike daughters who model their relationships with others based on their father's character, sons model themselves after their father's character.

Let the father know the important effect he has on your life, through these lovely poems 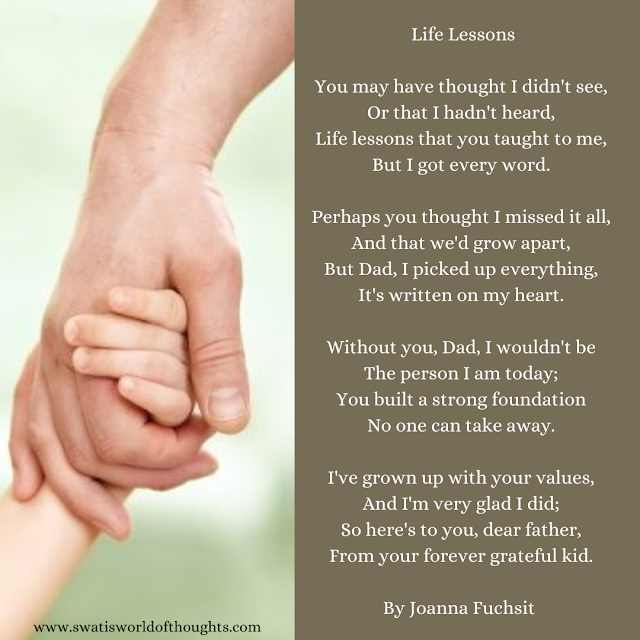 Every child feels, out of all the father's in the world his or her father is the best. And why not, that is the kind of love they share. 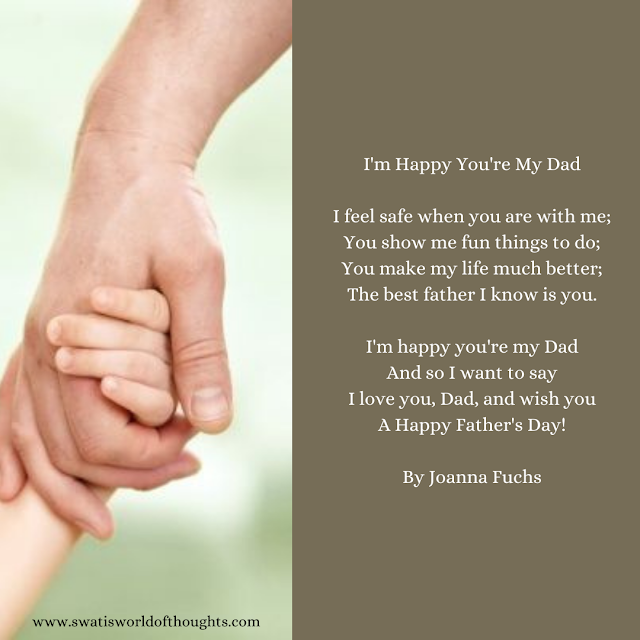 For every one he is just a father but for a child he is their whole world. That's the kind of bond child shares with his or her father. 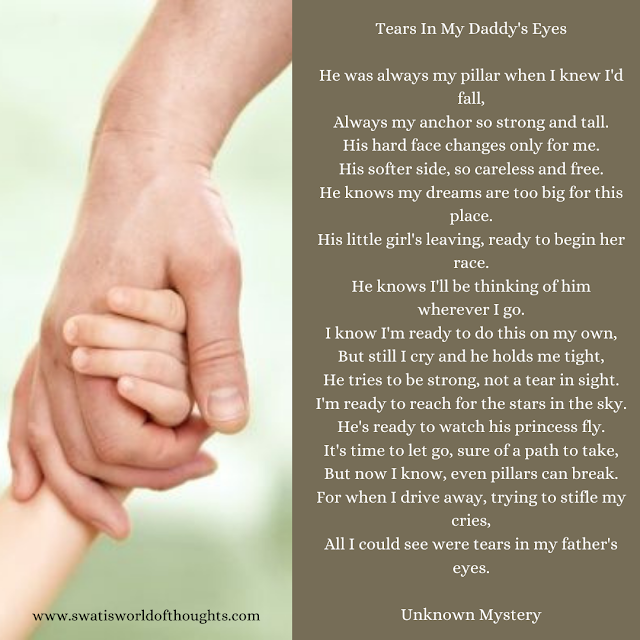 Do you think a day is enough to honor how special a father is? He is amazing every day of the year. I am sure every child feels the same. 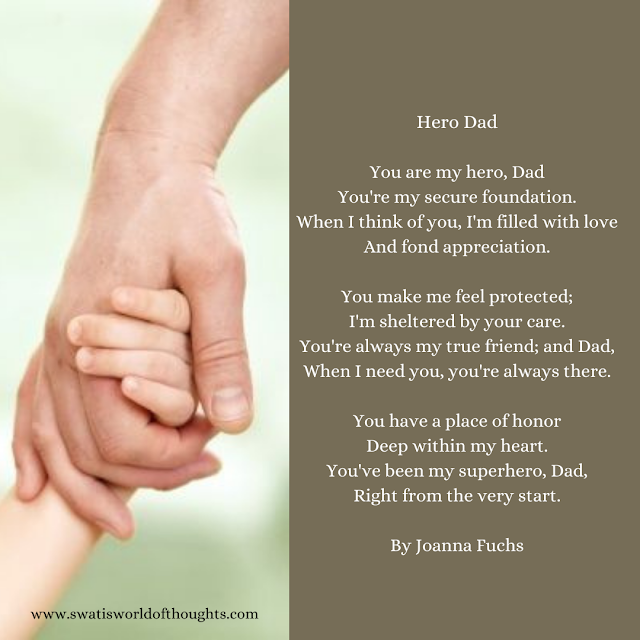 There is a saying "A son's first hero" and "A daughter's first love" is a father. I totally agree with this apt saying and I am sure you all will too. 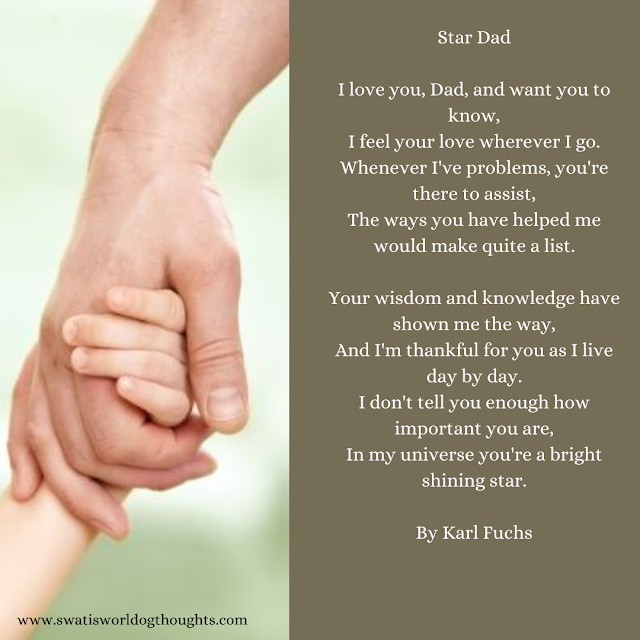 You know who is the richest man in this world not the one whose hands are filled with wealth but the one whose child can run into his arms when they are empty. 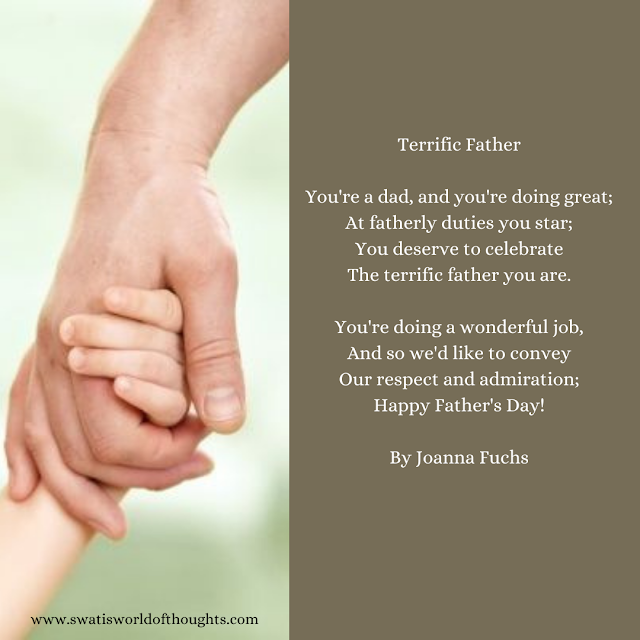 Not all super hero's wear capes, some are also called "DAD" - My wishing quotes- This quote is as beautiful as father child relationship. 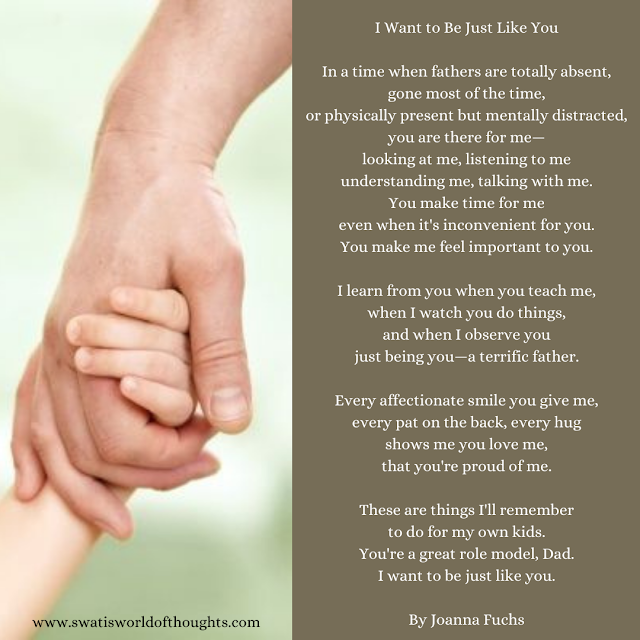 So today, don’t forget to tell your dad you love him, and thanks for being there!
"Happy Father's Day"
This post is part of Blogchatter Half
Marathon
Dedicating this Post to my DAD.. Love you dad♥
Poem courtesy : Find more poetries like this on poemsource.com
at June 18, 2021
Labels: Fathers day, Poetry