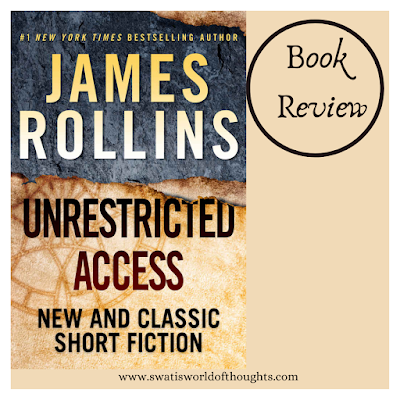 Author: James Rollins
Genre : Thriller/ Adventure Fiction
Rating: 4.8/5
ABOUT THE BOOK
If you are a big Fan of James Rollins , you will be thrilled to know that the best selling novelist has come out with his first ever collection of short fiction and it is intriguing. It is an anthology of 12 short stories packed with wild imagination and extreme adventure. Out of which 11 are previously published stories with one brand new novella.Out of 11, three of the stories are in collaboration with other well known writers but I can say that James Rollins has definitely swiped the show. Sigma Series is about Sigma Force which is a fictional division of the U.S. DARPA program. The chief operatives in SIGMA combine trained military skills with specialized scientific knowledge. The force's purpose is to investigate and to secure sensitive information that could be a threat to the United States, its functions are a combination of counter-terrorism, research and covert operations.
ABOUT THE AUTHOR

James Rollins is the #1 New York Times bestselling author of international thrillers that have been translated into more than forty languages. His Sigma series has been lauded as one of the "top crowd-pleasers and one of the "hottest summer reads". In each novel, acclaimed for its originality, Rollins unveils unseen worlds, scientific breakthrough and historical secrets- and he does it all at breakneck speed and with stunning sight. If you have read his popular Sigma Force Series you will be able to relate with most of the character in the book and will feel more connected as he has provided a background story for his high tech spy undercover Novel. 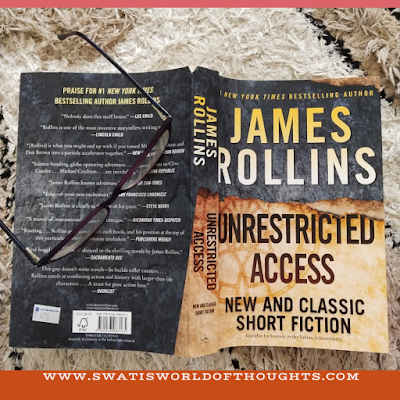 Each Story is fascinating in its own way. They are full of secrets and adventure. Being short stories the pace of each story is quite rapid, so it kind of hooks you till you finish reading one.

In the stories "Kowalski's in Love" , "Midnight Watch", "The Skeleton Set" and "Tracker" he has given short snippets into the secret lives and covert mission of Sigma. So new readers will get some vague idea about what brilliant novelist James Rollins is and will be inspired to read his Sigma Series. Should I say this is surely a reverse marketing strategy which he has adopted intentionally or unintentionally but it is definitely working for him. Sigma Series is rich with complex characters and thrilling action plots and I cannot wait to see this treasure trove of amazing stories into a great film. In fact while reading you would be able to visualize the scenes and characters so well as Rollins has described them precisely. I actually felt as if I am watching a movie while reading.

"Kowalski's in Love" shows how Sigma's most fabled tough guy accidentally get into a secret mission aimed at stopping mad scientist island experiment with a dangerous chemical.

"The Skeleton Key" is about exploring the menacing catacombs beneath Paris, France to take down a charismatic leader scheme for murder on a massive scale.

"The Midnight Watch is about how sigma's young intel analyst and computer wiz deals with Chinese agents who are causing late night trouble around the city.

"Ghost Ship" is again about Sigma's commanders who finds long lost ship of fortune and also about global climate change on the Great Barrier Reef. This is one of my favourite as they mentioned about India but that's  not just the reason why I loved it but because it has non-stop adventure with some high tech science gadgets.

"Tracker" is yet another thriller where a girl and her father is rescued and how the treasure plundered by the Nazi's from the area's concentration camp-bound Jewish population.

All the stories are spell bounding and gripping. And finally the original story "Sun Dog". Would not like to reveal much but this Novella brings an exciting genre blending book to a suitable conclusion that should please for Rollin's novels as well as lovers of an adventurous short stories.

I loved the way he began this book by explaining what motivated him for writing short stories long after he established himself as a successful novelist. Mentioning of India in any book not only makes me feel proud and triggers my emotion but also inspire me to read that book even more. In the story Ghost Ship though there was just a mention of our country provoked me to finish this book in one go. All the book lovers especially who loves thriller and adventure will swear by this book.

James Rollins heart and soul still lies with doorstopper novels which is his first love but trying his hand on short stories is definitely meritorious.

This book review is a part of Book Review Program by Blogchatter in Book Chatter.