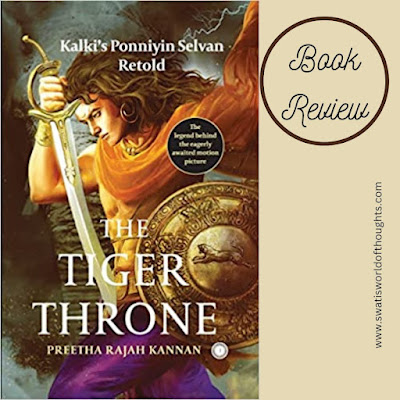 Name of the Book: The Tiger Throne-Kalki’s Ponniyin Selvan Retold

Preetha Rajah Kannan has written five books on Indian mythology, edited a translation of the Telugu Navagraha Purana and contributed to several newspapers and magazines. A homemaker and mother to two sons, she lives in Madurai, Tamil Nadu.

She is like neighbour and homemaker next door, excited about setting up the golu next week. But the difference is that at 53, Preetha Rajah Kannan has not one but 54 stories sold in a book and that seems to have opened the gates for her in the literary world.

The Tiger Throne-Kalki’s Ponniyin Selvan Retold is a historical novel set around 970 C.E. This book is a compact version of the Kalki's  2000 odd pages novel which was brilliantly written. It is about the Chola king and queens and princes and princesses and their friends and enemies. It has everything that one would expect in a historical novel from dashing warriors, beautiful princesses, secret passages, dark dungeons, sorcerers, spies, vengeance, romance and too many surprising revelations.