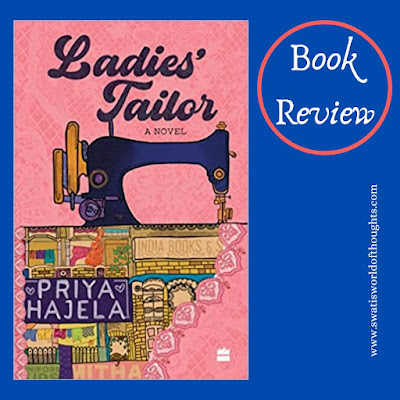 Name of the book : Ladies Tailor

Author of the book: Priya Hajela

With the partition of India in it's backdrop, the book "Ladies Tailor" talks about refugees who have witnessed and faced dreadful massacres but with their sheer perseverance made it to a better future. It is a story of one such refugee, 'Gurdev' who was a true patriot and believed in making big with fair means. People had to take some tough life decisions during that time that could have changed accepted patterns and relationships for life time. Separated from his family due to differences in ideology forced him to move away from them and migrated to India to build a new family of his own. But to his misfortune he could not hold them for too long. His wife fled away with his kids living him baffled and alone. That's when he engrossed himself in something constructive that could divert his mind from the agony he was going through. The story is full of uncertainties, adventures, suspense and hope that makes this story interesting and gripping and not to forget a bit of romance too.

Very soon 'Gurdev' founds his true passion and got into a clothing business with two of other refugees who shared the same passion. He also met someone special who was not just selfless but aroused certain feeling which he did not experience even when he was married. As they were majorly into "Khadi", an affordable hand woven fabric "Made in India" they realized they need to bring variety and their clothes lack the very important embellishment that can make their outfit stand out. And, the best people who can do this were two orphaned boys who lived in Lahore.